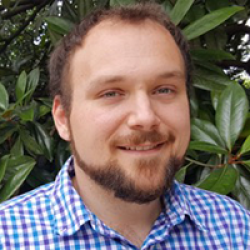 CBT seeks to blend the best parts of behavior and cognitive therapies2. From the perspective of CBT, one must address both the maladaptive behaviors and the cognitions associated with mental disorders to provide adequate treatment3. For instance, imagine a man named Fred. Fred suffers from severe social anxiety. Consequently, when at parties, he finds himself constantly thinking, “I am so awkward. Everyone thinks I’m weird.” To cope with these distressing thoughts, he drinks too much, which makes him feel substantially worse the next day. To help Fred, a therapist using CBT will encourage him to challenge his negative thoughts and develop a more positive appraisal of his actions. In addition, the therapist will also help him develop coping mechanisms that do not rely on alcohol. In this way, CBT can help reduce both sources of stress for Fred and hopefully help him experience significantly less anxiety in social situations.

If a friend, therapist, or medical professional has suggested you investigate CBT to help with anxiety or an anxiety-related disorder, there is a reason. Namely, it works. Early behavior therapists demanded empirical evidence for any proposed new therapy4. In other words, they needed scientific evidence that a therapy helped patients or clients before applying it clinically. Most therapies under the umbrella of CBT have maintained this strict scientific rigor, and consequently, we know that they actually help people cope with their disorders. In particular, over the past 10 years, there have been two large scale meta-analyses5-6, examining the effectiveness of CBT across numerous studies. Whereas a typical study may examine only 100 participants, meta-analyses combine data from upwards of hundreds of studies, sometimes including thousands of individual participants, into a single analysis. This approach gives researchers tremendous power to see whether a given clinical approach is truly effective across circumstances. In regards to CBT for anxiety, both of these papers concluded that CBT was “highly effective” at treating anxiety disorders5-6, including generalized anxiety disorder (GAD),panic disorder, social anxiety disorder, and post-traumatic stress disorder (PTSD).

CBT can take many forms and is often tailored to the needs of individual clients. However there are some consistent approaches that therapists use. Listed below are a few common types of therapy and techniques that an individual might encounter while participating in CBT.

Interpersonal Psychotherapy (IPT) is a “time-limited” form of psychotherapy that, within a few sessions, seeks to identify interpersonal problems which are causing psychological distress and develop a plan of action to address the source of these problems7. This model specifically holds that interpersonal problems (e.g., difficulties with a boss, fight with a family member) can be connected to psychological symptoms. Consequently, therapists using IPT seek to alleviate problematic symptoms, give clients interpersonal skills to aid their current situation, and boost the client’s sources of social support. In this way, IPT improves the client’s experience of their disorder while giving them real-world skills to help them address the problems at hand.

Thought diaries or thought records are a straightforward approach to addressing the negative cognitions often associated with anxiety disorders8. In this technique, clients are asked to write down their negative thoughts (e.g., “I will fail this upcoming exam.”), the situation in which they had the thought (e.g., talking with a family member about school), the emotions associated with the thought (e.g., fear, anxiety), how they attempted to cope (e.g., breathing exercises), and the eventual outcome of the event (e.g., “I initially felt really scared, but after doing breathing exercises, I was less worried about the exam.”). This technique can be incredibly useful for helping clients identify the specific situations that cause them anxiety and which techniques work to help them calm their worries.

Exposure therapies were pioneered by Joseph Wolpe, a South African behavior therapist9. Exposure therapy was originally designed to treat clients with phobic fears and makes use of a therapeutic approach known as systematic desensitization. In this model, therapists slowly expose clients to the target of their fear in increasing degrees. For example, for an individual with spider phobia, a therapist will begin by simply showing them pictures of spiders, then proceed to showing them fake spiders, then present them with a real, living spider, and, finally, the therapist will ask them to directly approach and touch the spider. During this process, the therapist leads clients through techniques such as progressive muscle relaxation until they feel calm and no longer experience fear in response to the feared target. Though originally developed strictly as a behavior therapy, modern variants include cognitive techniques to help clients reduce their mental experience of fear.

Though it came to fruition in the 1970’s and 1980’s, CBT has roots in the work of behavior therapists in the early 20th century. Behavior therapy grew out of the behaviorist school of thought, which argued that psychologists should focus only on “observable” behaviors rather than speculate regarding the content of a person’s thoughts10. Following this vein, behavior therapy approached mental disorders by addressing specifically the negative behaviors associated with those disorders. For instance, Mary Cover Jones, the “mother of behavior therapy,” developed a technique to reduce a fear of bunnies in a child by rewarding that child with candy in the presence of a bunny11-12. In essence, she simply replaced negative fear-related behaviors with positive behaviors associated with eating candy.

Behavior therapists made crucial advancements in the treatment of mental disorders. However, many clinicians during the 1970’s began to feel that the behaviorist perspective did not adequately describe their clients’ experiences. One such professional, a psychiatrist by the name of Aaron Beck, noted that his depressed patients experienced unrealistically negative and self-defeating “automatic thoughts”13-16. Whereas a non-depressed individual might brush-off a minor failure, Beck found that his depressed patients interpreted their negative experiences more globally, using categorical statements such as, “I never do anything right.” Previously, behavior therapists ignored such thoughts. Beck, though, saw them as a crucial feature of the disorder and sought to engage with clients, challenging these extreme thoughts to reduce the distress they caused. Based on this work, Beck founded Cognitive Therapy, which serves as the basis of many of the most influential therapies present today.

Over the past 40 years, a growing number of CBT-based approaches have emerged, using a diverse range of techniques. Perhaps the two most popular variants in recent years have been Acceptance and Commitment Therapy (ACT), and Dialectical Behavior Therapy (DBT). Though these therapies differ in many ways, they share the core goal of addressing problematic thoughts and behaviors by helping individuals restructure their responses to negative thoughts and events, while redirecting their energies to more positive behaviors. In particular, both approaches utilize mindfulness techniques, such as meditation, to help individuals focus their thoughts on the moment17-18. Though the efficacy of both of these approaches are still being examined4, a growing literature suggests that they are extremely effective in reducing the experience of anxiety among their clients19-20.

This entry was posted in Anxiety, News & updates. Bookmark the permalink.